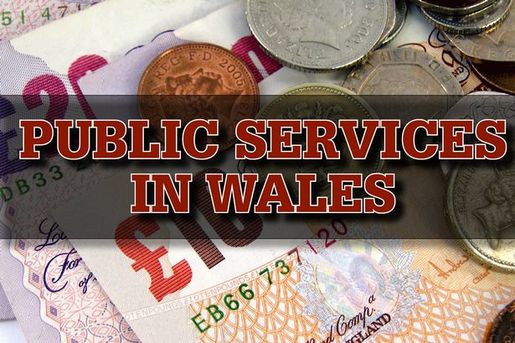 There are no complete examples of the Welsh Government’s vision for public services, says the Auditor General

Wales’ public services should replicate what’s happening in the English city of Stoke-on-Trent.

That is according to the Auditor General for Wales Huw Vaughan Thomas who says the Midlands city offers a model for Wales to work from in a world of budget cuts and rising demand.

In a major report on Wales’ public services, Mr Thomas puts forward Stoke-on-Trent as a potential role model for Wales in the delivery of public services.

He said: “We found no complete examples of what the Welsh Government’s vision for public services looks like in practice.

"However, we consider the transformation of services that has been carried out in Stoke appears to tick many of the boxes.

"The [council has] developed a ‘locality’ based approach that brings together service providers, focuses on ‘the real issues in people’s lives’ and seeks to intervene before people reach crisis point.”

Role model
Mr Thomas warned Welsh public services have failed to adapt quickly enough to a climate where cuts are getting deeper as demand gets greater.

The report said all service-delivery bodies, primarily the NHS and local councils, need to be prepared to take managed risks and widen their horizons if they are to respond more effectively to the challenges they face.

Such bodies also need to work together in order to manage the impacts of reductions in service levels, the report states.

Mr Thomas puts forward Stoke-on-Trent as a potential role model for Wales in the delivery of public services after a pilot cooperative working project rolled out there brought down anti-social behaviour and saw rent arrears reduced.

His report also says while both the Welsh Government and other service providers have made considerable efforts to lay the foundations for transforming public services the actual pace of change on the ground has been slow.

The report states that Wales’ public services are yet to develop the long-term and radical changes required to respond effectively to the pressures they face both now and in the future.

It outlines the stark detail that the last five years have seen the longest period of sustained real-terms spending cuts since the development of the modern welfare state after World War Two.

Wales has seen a £1.2bn real terms cut – equivalent to 7% – in the funding of devolved services between 2010-11 and 2014-15 and the report notes that in managing this cut Wales has made some different spending choices to other parts of the UK.

Alongside these spending reductions public services continue to face rising demand from a growing and ageing population.

Poverty remains high
Despite these pressures the Auditor General identifies some areas of improvement in well-being and service performance.

The report finds that the NHS has improved against its key measures of public health and service quality and cancer survival rates are improving.

Educational attainment results have improved – albeit from a low base in some areas – and some measures of population well-being have improved.

But the report also identified several areas of concern.

Against a context of rising demand and activity in some areas, notably cancer care, performance against measures of NHS waiting times – for elective care, emergency care and cancer care – have deteriorated.

And, looking more broadly, levels of poverty remain stubbornly high in Wales while the amount of greenhouse gas emissions has been increasing.

The Auditor General reports that, overall, financial management has improved across Welsh public services but remains too focused on short-term pressures.

While public service leaders report having made savings that mostly come from improved efficiency combined with some reduction in service levels this is expected to change in the future with with more savings coming from reducing service levels.

The Auditor General reports that public services’ approach to understanding and managing the impacts of reductions to service levels so far has not been sufficiently robust.

'Crisis intervention'
Describing how the Stoke model works in practice, Mr Thomas states: “Cooperative working is based on a successful pilot in 2013 with vulnerable households or individuals experiencing a high level of intervention from the council and partner agencies.

“Stoke-on-Trent City Council worked with partner agencies to carry out a system review.

“The review tracked real cases and showed that many people had multiple interactions with different public services without getting to the bottom of their problems.

“This process was expensive for public services and frustrating for the people involved who saw their circumstances deteriorate to the point that crisis intervention was required.

“Following the system review the city council and partners piloted a locality-based model in a few parts of the city.

“The approach aimed to deliver services based on the real issues in people’s lives and getting to the root cause of issues.

“Cooperative working cuts down on the number of professionals and organisations each customer has to engage with by allocating a generic key worker who assesses each individual’s needs and coordinates support from a range of council departments and external partners including the police, fire service, and NHS.

Cut in rent arrears
“The initiative presented an opportunity to save money by delivering services more efficiently at the same time as improving the experience for vulnerable people using those services.

“It focused on reducing demand for public services by avoiding duplication and taking a preventative approach.

“The pilot supported 190 households and resulted in a 23% reduction in anti-social behaviour and a 17% reduction in rent arrears in the area.

“The council has since rolled out the approach to more areas in the city.”

The challenge now for the Welsh Government and public bodies is to put those ideas into practice and address the issues that have hampered change in the past.

'Many obstacles'
Mr Thomas said: “No part of the Welsh public service has escaped the financial pressures that have resulted from austerity.

“It is therefore positive to be able to report that despite these pressures I am seeing improvement across some areas of well-being, service performance, and financial management.

“But I am also concerned that there are signs of strain in some key areas. With further cuts expected it is encouraging to see that the Welsh Government has set a clearer direction and is placing a particular emphasis on involving the public more in designing and providing services.

“But there are still many obstacles to overcome before the wholesale transformation that is needed to put public services on a sustainable footing is a reality.”

Darren Millar, chair of the National Assembly’s Public Accounts Committee, said: “The Auditor General’s report provides an important overview of the progress that Wales’s public services have made since 2011 and the big issues for the coming years.

“There has been positive progress in some areas. But it is disappointing that uncertainty over the future shape of local government has held Welsh councils back from implementing significant change and that public services more widely have not moved more quickly to transform service delivery.

“The financial outlook may be slightly better than many expected but public services cannot afford to be complacent.

“Public services will need to respond to key messages that the Auditor General sets out in the report and increase the pace and scale of change to put themselves on a sustainable footing.”

'Further integration'
A spokeswoman for the Welsh NHS Confederation said: “We welcome today’s report. We know that all public services are working hard to meet the needs of the population during a period of austerity which has led to tough decisions having to be made.

“For NHS Wales an increase in demand for services, rising costs of providing treatment and care, and an understandable expectation to improve services create a significant financial challenge.

“As the report recognises public service leaders have worked to make necessary savings. However difficult decisions will continue to have to be made.

“We are pleased the report highlights improvements in key measures of public health and service quality. But there is room for improvement and our members are working hard to address these issues, including reducing waiting times for patients.

“As we move ahead we know the health service cannot continue to do things in the same way.

“Transformational change is needed so services can be built around patient needs and help them to stay healthy and independent for as long as possible.

“NHS Wales is committed to continuing to find more efficient ways of working which improve patient experience and reduce costs.

“We also recognise the benefits that joint working across sectors can bring.

“We must continue to build strong working relationships with other organisations and drive forward further integration so we can all come together to rise to the challenges that we face.”